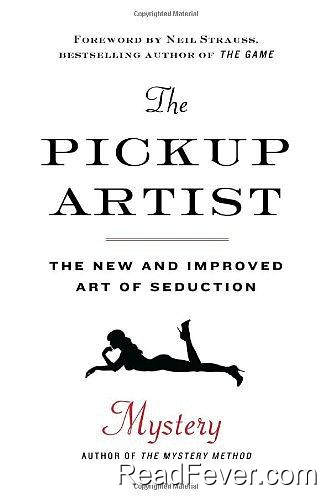 The world’s greatest pickup artist is back! After the bestselling exposé The Game pulled back the curtain on Mystery and his culture of professional pickup artists, he became an international phenomenon. Unfortunately, while it’s no secret that Mystery’s ideas are wildly effective, women have started to catch on. They’ve seen the show and heard the routines—so now it’s time for the next level of game! With techniques honed over fifteen years of trial, error, and ultimate triumph, and following his hit VH1 reality series, the celebrated sensei is back with his latest living-large exploits and a new and improved playbook for the twenty-first-century playboy.

As the book begins, Mystery and his crew have withdrawn to their swank Miami mansion to plot their next move. When a new student comes to stay at the house, Mystery draws him deep into the pickup-artist lifestyle and shows him an intimate portrait of the master of seduction. Mystery lays out a complete system of game, and unveils his latest (and fully field-tested) strategies and techniques. The Pickup Artist includes

• a list of all the triggers that create—and destroy—attraction

• a new way to approach strangers and start a conversation: microcalibrated openers

• Mystery’s most powerful humor technique, the Absurd—so you’ll never run out of things to say again

• the solution to inner-game issues, for when you’re not confident enough

• and much, much more

Whether he’s holding court with eager disciples in South Beach, hanging out with his crew of fellow super-seducers in Las Vegas, or partying it up in the Hollywood Hills, Mystery is never far from where the action is—and never fails to get a piece of it. Now it’s your turn. Read The Pickup Artist and get into the game.

Mystery is the author of The Mystery Method, the star of VH1's The Pickup Artist, and the founder of VenusianArts.com, the top pickup training organization in the world. He has appeared on Late Night with Conan O'Brien, The Daily Show with Jon Stewart, Jimmy Kimmel Live!, and a wide variety of media including CNN, The New York Times, and Playboy. Mystery lives in Los Angeles and enjoys his travels.

Chris Odom, aka Lovedrop, has traveled with Mystery for years, coaching students in the field and speaking at pickup seminars and conferences all over the world. He is the author of Revelation, the co-writer of The Mystery Method, and a founder of VenusianArts.com. He lives in Los Angeles with his girlfriend.